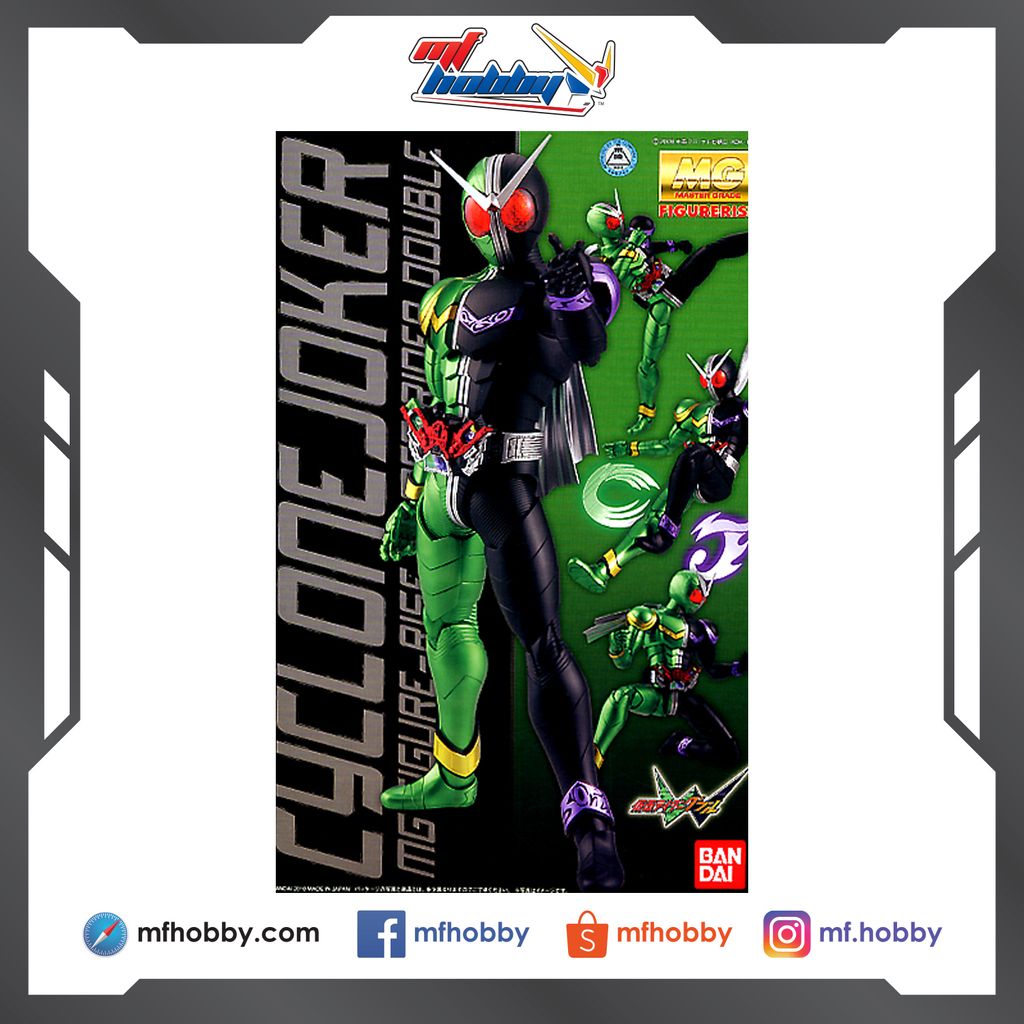 Bandai's great series of ultra-poseable plastic models of great characters has now moved beyond Dragon Ball's Son Goku to welcome Kamen Rider W (read "Kamen Rider Double," not "doubleyou") in his "Cyclone Joker" configuration. This is an involved kit that will keep you busy for a few hours, featuring seven full-size runners of parts and another six smaller ones. As usual, all parts are molded in color and snap together, although a couple of locations on the included posing stand use a simple screw to achieve a tight joint. A sheet of stickers is included for some of the marking details. None of this should deter even a first time (adult) modeler, though; if you have a pair of plastic nippers and a screwdriver, you've got everything you need to complete the coolest Kamen Rider figure ever!

Features include muscles that bulge when joints are moved, individually posable fingers, a working "Double Driver" belt with removable Gaia Memory units, two different removable versions of his scarf and a sturdy display stand to help you lock him in to any pose your imagination can come up with (even mid-air kicks!).