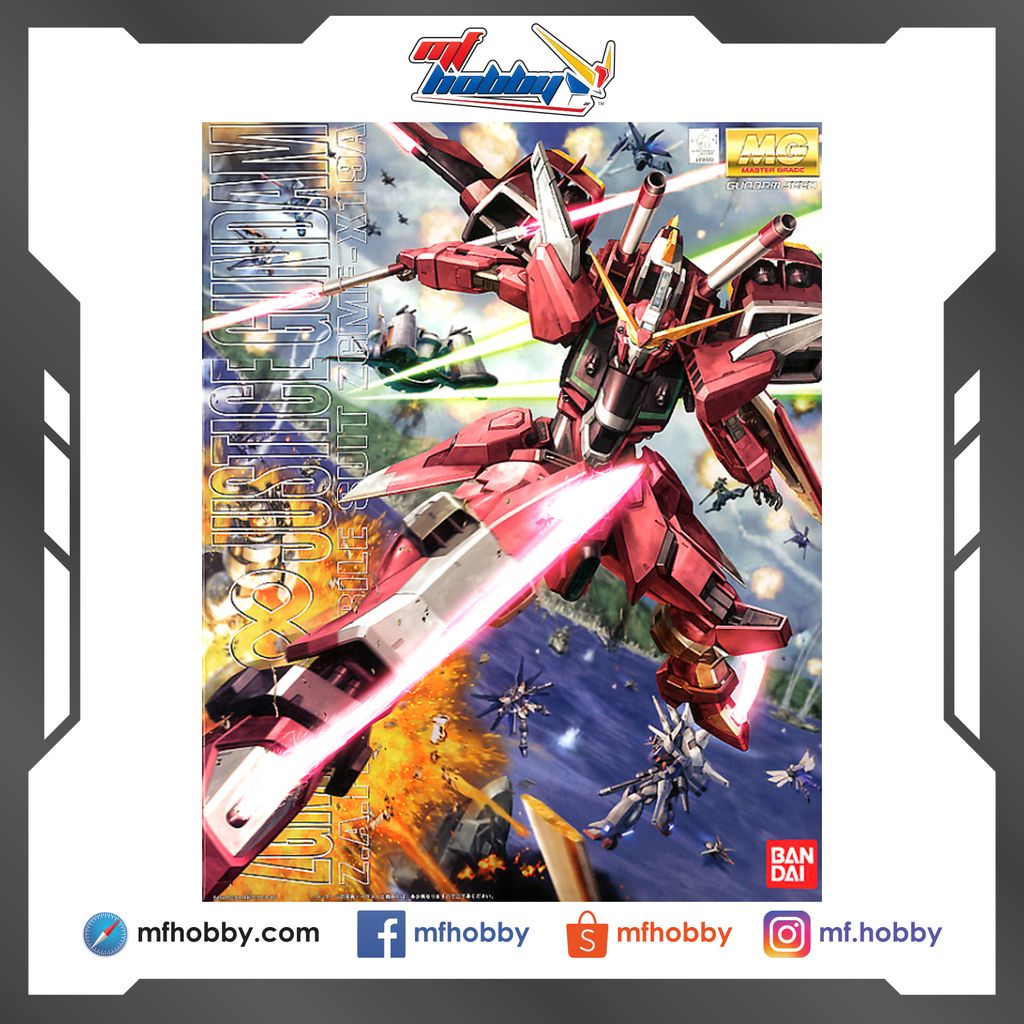 There's no better justice than Infinite Justice--and Bandai does justice to the Mobile Suit with this highly anticipated Master Grade release! This sharply detailed snap-fit kit of Athrun Zala's personal Mobile Suit comes molded in color, and upon completion the mech will be fully poseable with polycapped joints that allow for posing possibilities galore. This kit introduces to the MG series a new joint system for its side skirt armor that allows you to pose Infinite Justice Gundam kicking, as seen in "Gundam Seed Destiny"!

Included are a beam rifle that can be mounted on its back skirt armor, two "Super Lacerta" Beam Sabers that can combine to form a double-bladed beam weapon, and a left arm-mounted shield that stores a detachable "Shining Edge" Beam Boomerang and Grapple Stinger (a bendable wire is provided to display it in mid-deployment). Beam effect parts for the Beam Sabers, "Griffon" Beam Blades connecting the knees and feet, Beam Boomerang, and shield are provided as well.

Accompanying Infinite Justice Gundam is the Phantom-01 backpack that can be attached to the mech's back for a boost in speed and firepower. The engine covers can slide out to reveal detailed vernier nozzles. Two same-scale unpainted figures (molded in white) of Athrun in standing and sitting poses are included, along with dry-transfer decals, stickers, and foil stickers for detail. (Bandai's Action Base shown in the photos below is sold separately.)